As far as I can remember, my mother’s marmalade-making afternoons were messy and laborious, but the kitchen was filled with the delicious fragrance of Seville oranges. Home made marmalade is just so much better than that anodyne, glucose-laden jelly you get in the shops that it’s well worth making. So how to recreate that wonderful aroma and those luminescent orange jars of preserve without all the mess?– With a food processor, that’s how. The end result is not as glassy, and I did find there was a hint of bitterness in my marmalade (maybe because of the pith?) but when it’s spread on crackers or bread, you don’t really notice and the aromatic clementine flavour comes through. Besides, a good marmalade is supposed to have a complex flavour, comprising sweet, bitter and sour. Thanks to www.chatelaine.com for the time-saving food processor idea.

Makes a large jar (the kind you get gherkins in)

Did you know that marmalade was originally made by the ancient Greeks and Romans, using quinces, or melo? This quince paste is still made in Portugal and Southern Europe today, where it is known as marmalado. It was only in the 17th century that marmalade came to be associated with citrus fruits.

What recipes could you use this marmalade in? I think I’d like to use it to top a vegan cheesecake… 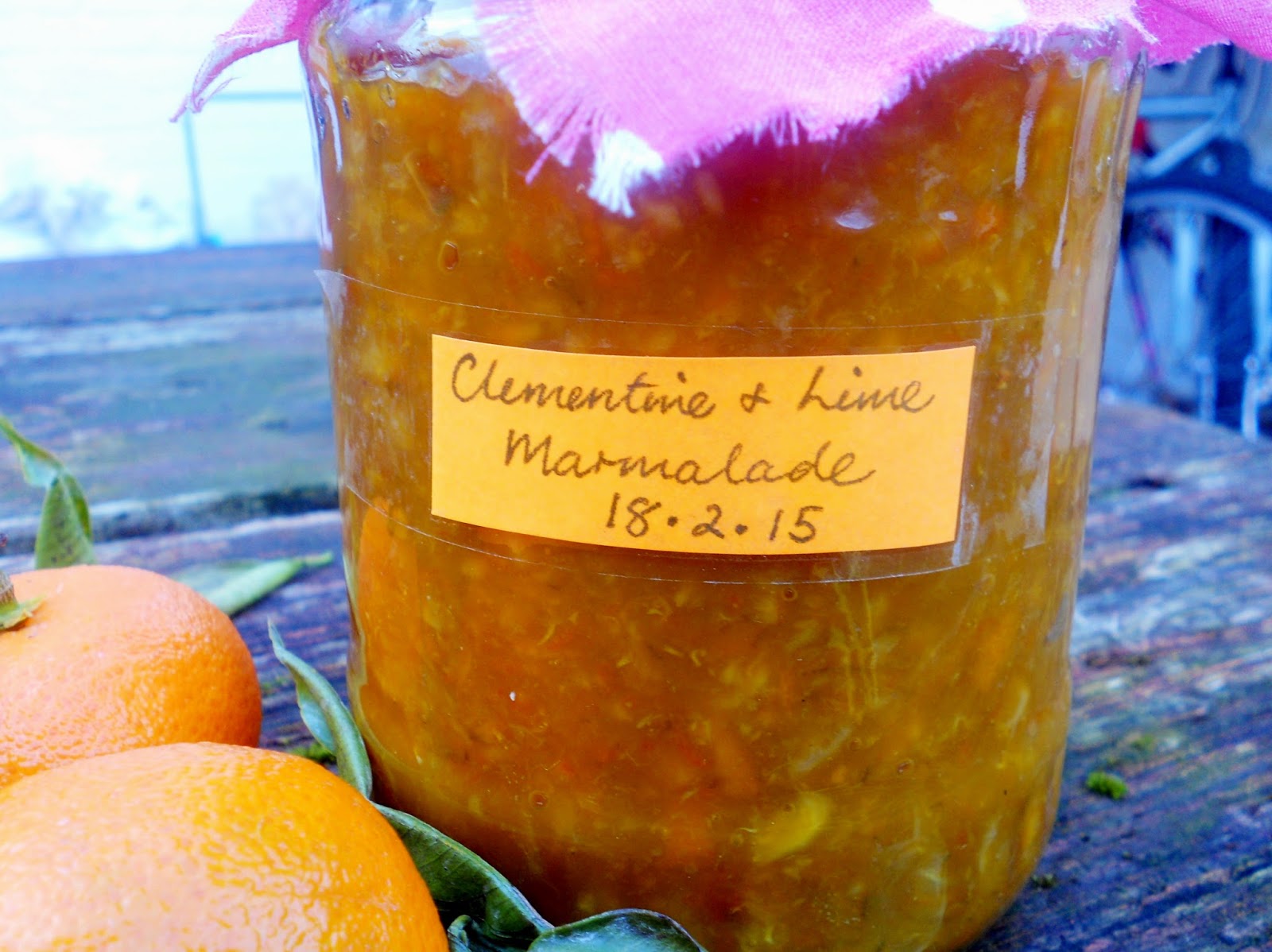