The Eastern Mediterranean and Middle East have always been an obsession interest of mine; the Egypt thing started when I was taken to see the Tutankhamun exhibition at the BM as a child, continued through adolescence (when I was lucky enough to visit Egypt and see the pyramids and other monuments) and lasted until my graduation with a BA in The Archaeology of the Eastern Mediterranean. By the time I hit 30 I had also worked as an archaeologist in Israel, holidayed in Turkey and Tunisia, begun a lifelong love affair with mint tea, hummus, and olives and taken up raqs sharqi bellydancing. It’s not that I’m a cultural appropriator; I just genuinely like all that stuff! Now, in the culinary phase of my life (okay, that really just means I stopped travelling and now am happy cooking for my family), it’s no surprise that I find myself cooking Middle Eastern style quite a lot. I have yet to find a vegan Middle Eastern ingredient that I don’t like: almonds, apricots, ful mesdames, pistachios, sesame, sumac, harissa, chickpeas, ras el hanout, couscous, rosewater, aubergines… bring ’em all on I say!
-But of course, you didn’t come here to read all of that: you want the lowdown on dukkah, so here goes: Dukkah is an Egyptian sesame, nut and spice dip that’s eaten with olive oil-dunked breads or vegetables. The nuts are usually hazelnuts but I used almonds, and the nuts and seeds are roasted, but I made it raw. Spices vary- I used sumac, coriander and cumin. There is also za’atar, a delicious mixture of dried parsley, oregano, Syrian wild thyme, sesame, sumac, salt and pepper that is used in the same way. Coincidentally, my stepson brought some back for us from his recent travels in  Jerusalem and the West Bank at the same time as I was contemplating making dukkah, so we dived into both with the oil and bread…yum! 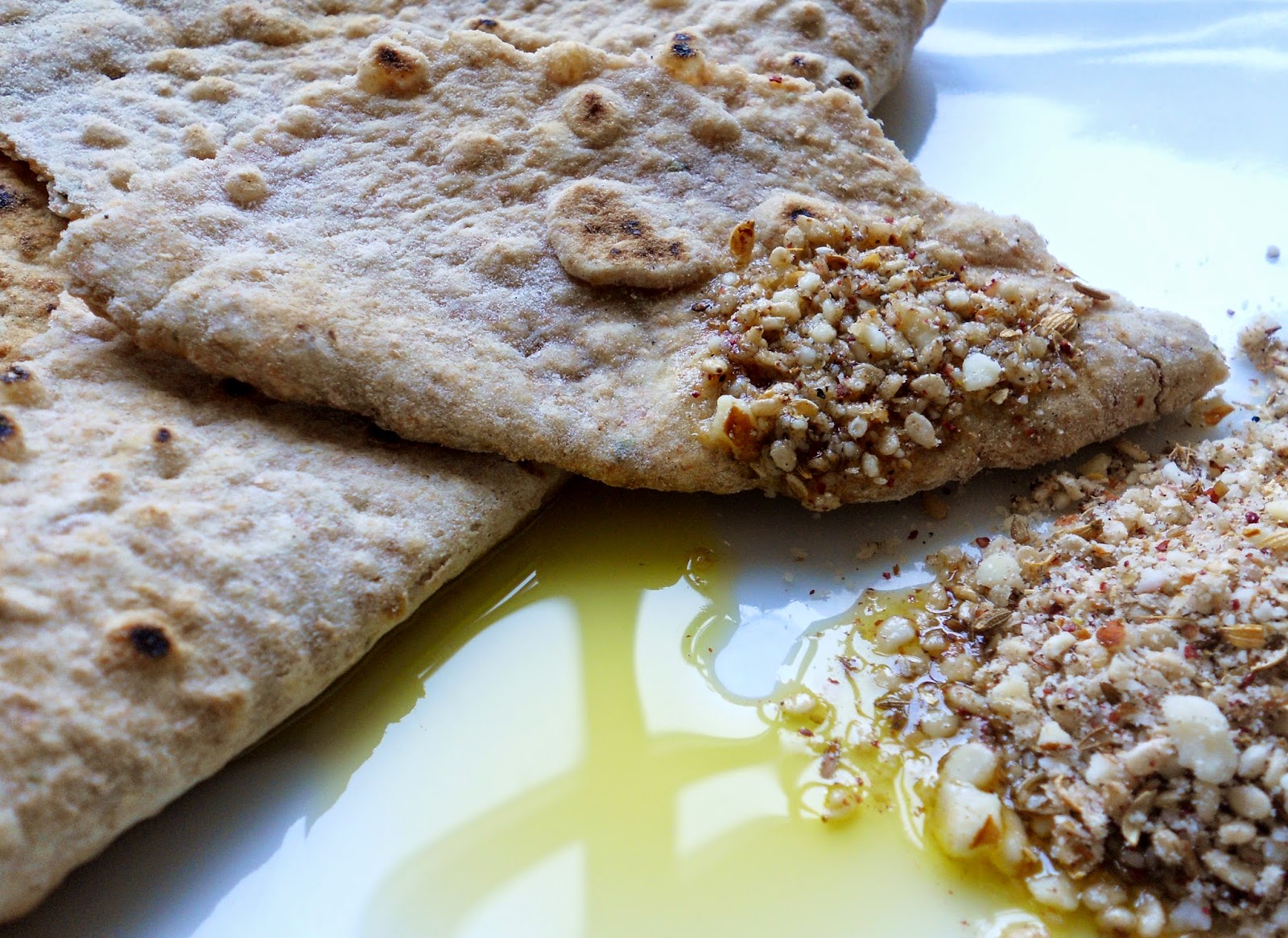