Fresh this Month (and next): Pointed (hispi, sweetheart) Cabbage 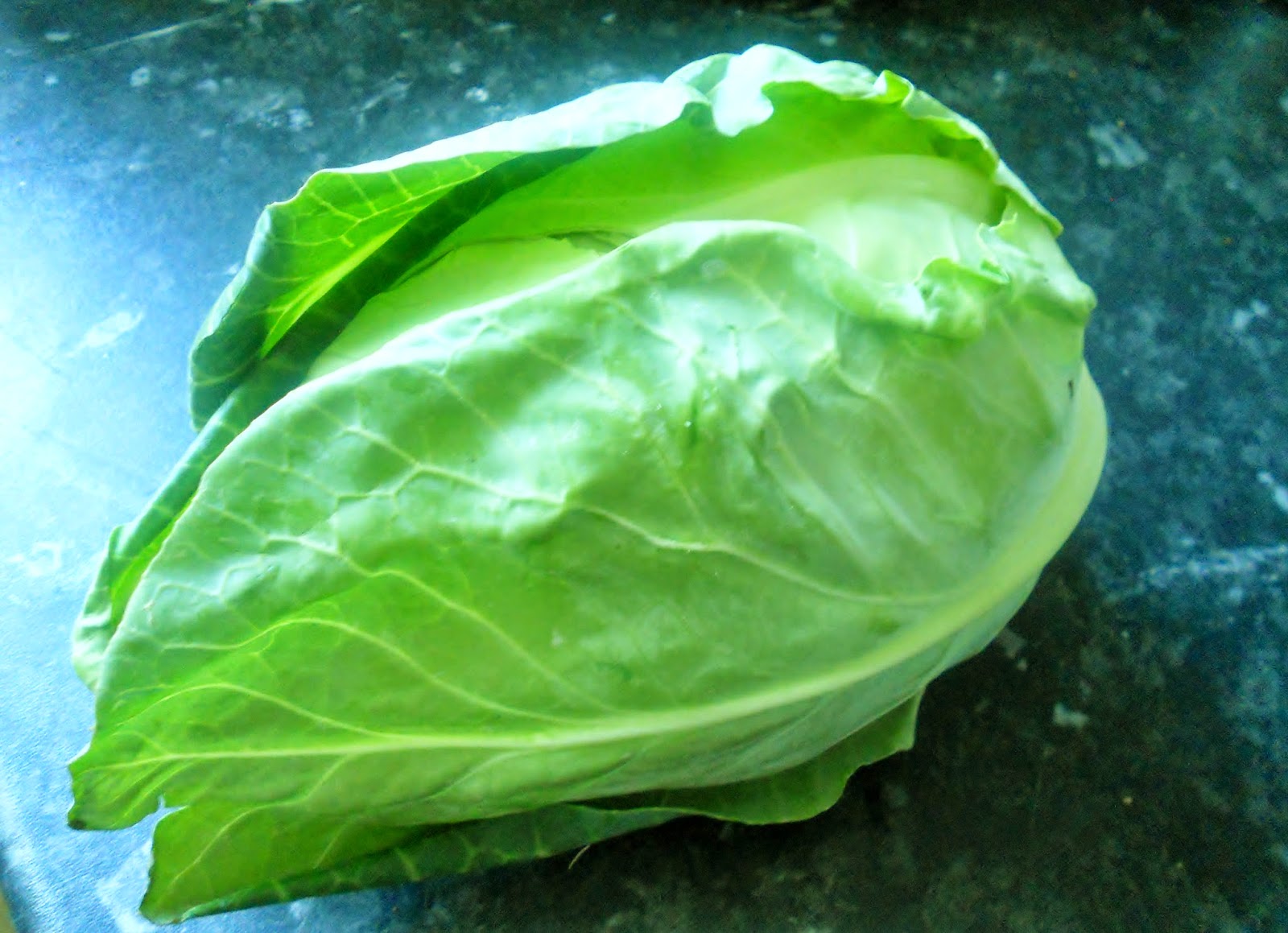 Cabbage, that much-dreaded ingredient of school dinners, is really a delicious, vibrant, versatile and nutritious vegetable, and right now in the Northern Hemisphere it’s cheap and plentiful, both as Spring greens and pointed cabbage. Forget the soggy, watery boiled stuff they gave you at school: pointed- aka sweetheart or hispi- cabbage is sweet, tender and perfect for stir fries, casseroles, wraps; just about anything you want to do with it bar boiling. (There’s no vegetable I know of on this Earth that can survive boiling with flavour and nutrients intact!)
Cabbages belong to the cruciferae, a family of veg named after the cross-shaped flowers, and which includes the mustards, broccoli, cauliflower, cabbages and kales. They are all packed full of vitamin and mineral goodness, the kales in particular being classed as “superfoods”, and pointed cabbage is no exception. 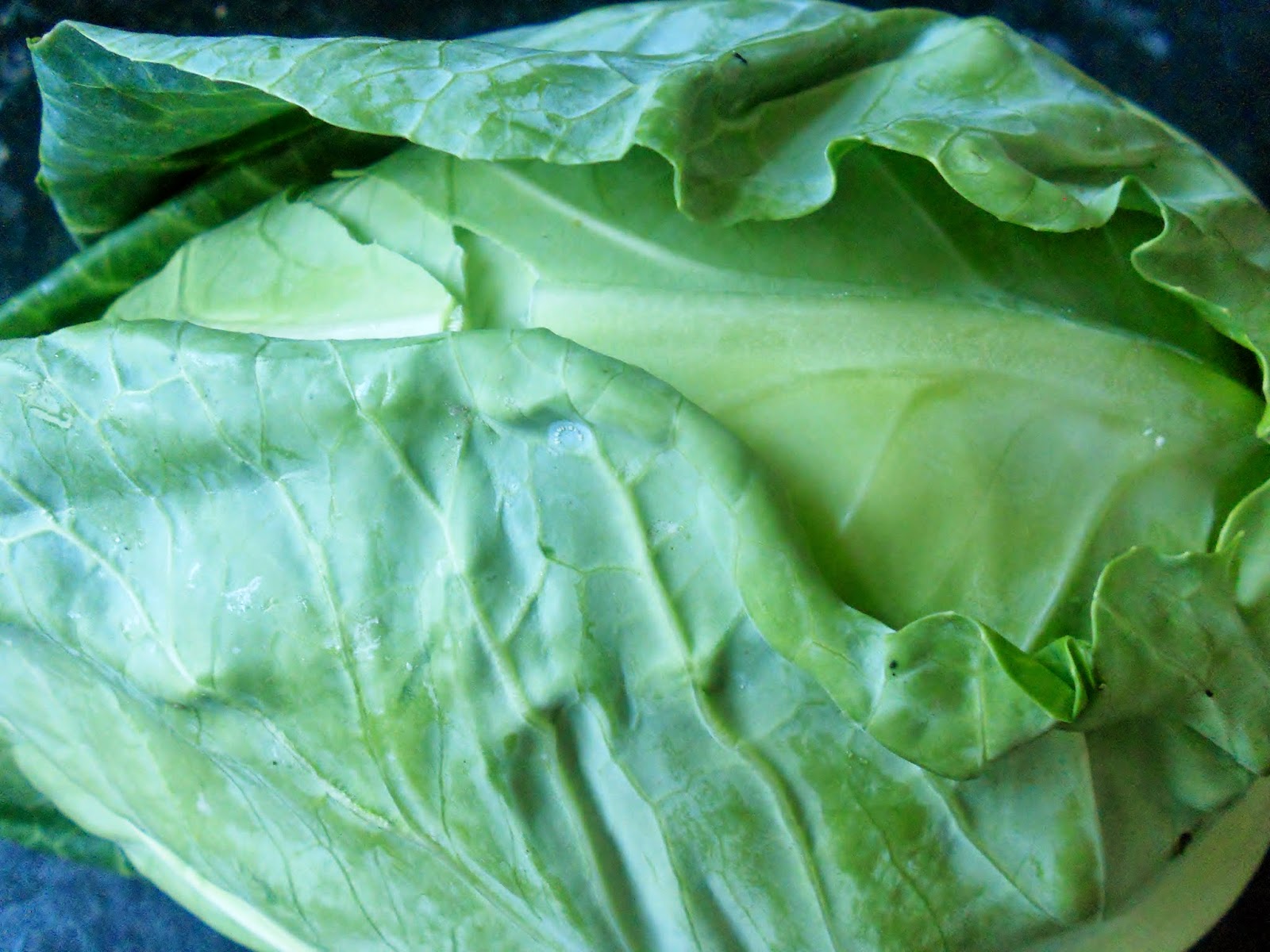 Cabbage has probably been cultivated in Europe for over 3000 years and, was used by the Ancient Egyptians as well as the Greeks. During the Middle Ages some of the forms which are recognisable today were developed.

Like all cabbage, pointed cabbage is a great source of vitamin C, vitamin K and folate. It also contains plenty of dietary fibre: these are the main nutritional benefits of cabbage per100g (cooked) serving- the aforementioned nutrients are present at about 20% of RDA. There’s also a “nutritionally significant” (whatever that means) amount of vitamin B6 in there too. And all this for just 16 calories per serving!

Cabbage not only feeds your body; it heals it too! It contains phytochemicals such as sulforaphane and other glucosinolates which are now thought to stimulate the body to produce detoxifying enzymes. Indole-3-carbinol, another phytochemical found in cabbage and all cruciferae, is currently being researched for anti-carcinogenic properties, since cabbage appears to protect against colon cancer.
Cabbage has long been used in natural medicine; I can vouch for its mastitis-soothing properties when applied as a hot poultice to the affected area. According to the ancient Greeks, Romans and Egyptians, cabbage could be used against bruising, sore eyes and even as a hangover cure. During the First World War cabbage leaf poultices were used to treat trench foot.

…So is coleslaw your favourite way to eat cabbage, or do you prefer it stir fried? Do you have any favourite cabbage recipes to share? Have you ever used cabbage leaves as medicine? -We want to know, so please feel free to leave a comment.