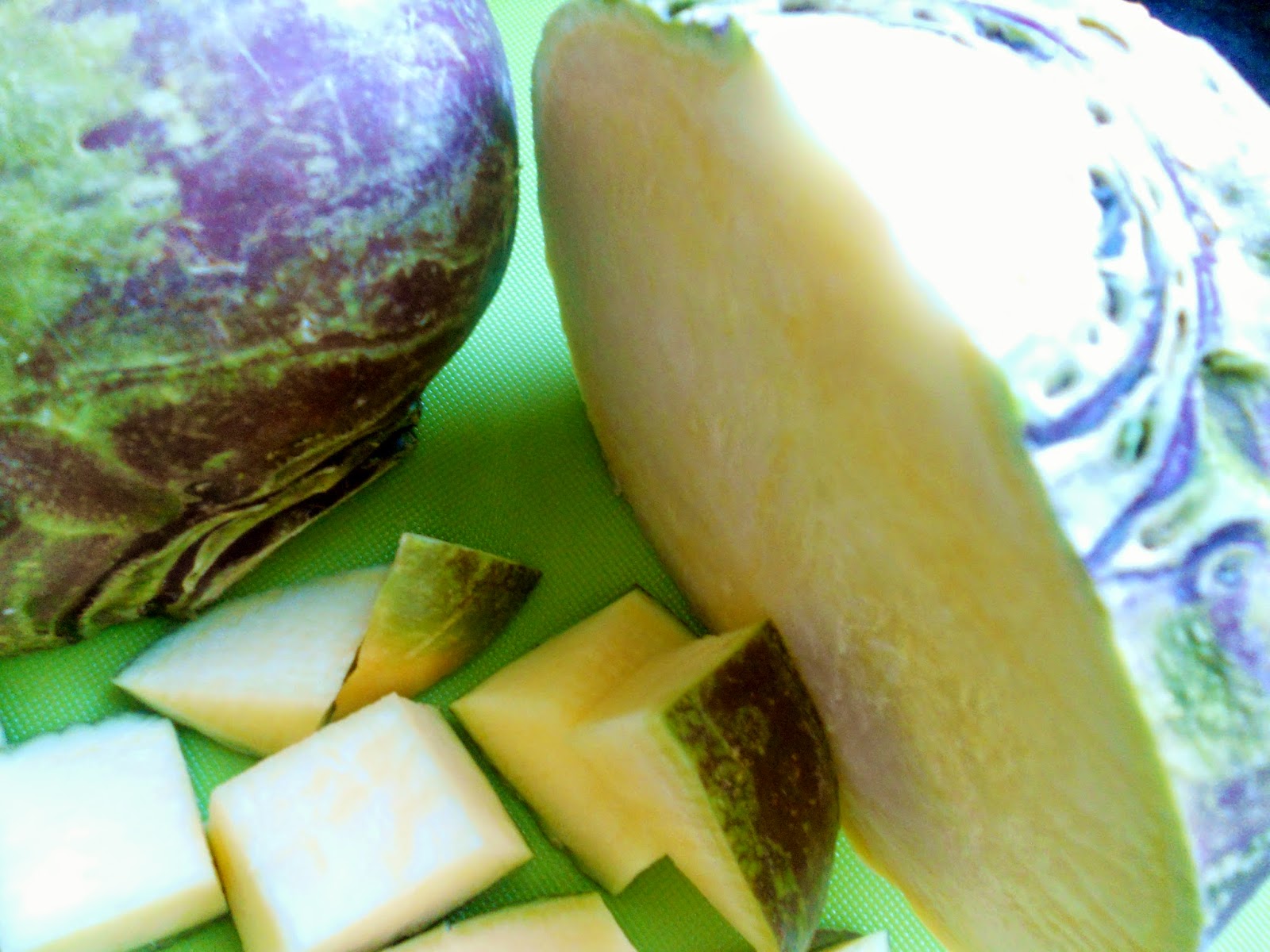 The humble swede, or rutabaga, is a cold weather brassica root, perhaps best known in the UK for its inclusion in the famous Branston Pickle. There are many of us who were put off swede for years because of the watery pulp our school kitchens reduced it to back in the 60s and 70s. That, and the fact that it is a traditional livestock food and a lot of people seem to have some difficulty in accepting as human food that which they happily feed to animals. (But that’s another issue…) Well I say swede is a perfectly good vegetable, with nutritional value, versatility and a distinctive flavour, plus it’s cheap and plentiful round here in Winter. Really, what’s not to like?

For those of you who have never seen one, the swede, pictured above, is a lot like a large turnip, with purplish-green shading on the outside and pale yellow inside, which darkens when cooked. It has a strong, brassica-y, mustard-y taste which means that although some claim it’s nice grated into salads, it’s probably better cooked, when the flavour becomes more delicate. (I’m guessing most people use swede diced along with parsnip, potato and carrot in winter veggie stews and soups.)

Swedes are a cross between turnip and wild cabbage, and were mentioned as being grown in Russia and Scandinavian countries as early as 1620. They seem to have become widespread in the British Isles and other parts of Europe by the end of the eighteenth century and from there found their way across the Atlantic to North America.

There are other ways to cook swede apart from in stew; it can be roasted or baked too. If the taste is too dominant, try mixing it with potato or carrot and seasoned with black pepper as a root vegetable puree. In Sweden, swede is often accompanied by mustard. Swede is even sometimes used grated as a filler in mince pies and Christmas cake. It also goes really well in bean and vegetable pasties (hand pies), served with a tangy chutney.

Health and nutrition: While not really classed as a superfood, Swede is actually quite a good source of vitamin C if prepared in such a way as to preserve it. (So maybe swede salad would be best, after all!) It also contains some B vitamins and trace minerals such as magnesium and potassium. Being a member of the brassica family (ie: a cruciferous vegetable) swede shares the anti-cancer properties of the antioxidants and compounds also found in broccoli, cabbage, kale etc. The iron in swede is absorbed more readily because of its vitamin C content. Vitamin C helps support the immune system ans skin healing, amongst other things. Another beneficial substance found in swede is beta carotene. Beta carotene is the precursor to vitamin A, a known cancer-fighting and preventative agent.

If you are still not convinced about trying swede, take a look at this recipe- the smoky flavour and buttery texture make it a delicious side dish, especially with something like a nut roast: 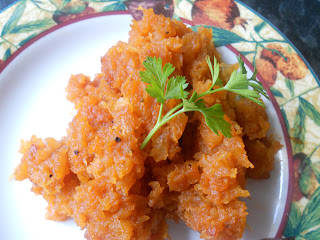