Isn’t it fascinating how recipes evolve? The same recipe, with a couple of small tweaks, can turn into something quite different in the hands of another cook, or even the same cook at a different time. Let me explain: these shortbreads were made by me, but my husband had the idea and suggested the proportions of the ingredients. The original concept was a kind of flapjack, which he has made this way before, but the crunchiness of the freshly-ground buckwheat (maybe I ground it to a different texture) and the buttery, rich coconut oil (we had used sunflower and olive oils previously) turned out to be much more like shortbread when I had a go at making them. Yet they are made the same way as a flapjack. Fascinating. And yummy.


This recipe makes 16 rectangular pieces, using a standard rectangular baking tray:
500g unroasted whole buckwheat grains (or use buckwheat flour but the texture will be different)
200g gour/ rapadura (evaporated cane juice with the goodness left in)
180ml coconut oil
50ml water
a handful each of: desiccated coconut, sultanas, cashew pieces (optional, or choose your own flavours, like chocolate chip or apricot, depending on what your dietary requirements are). 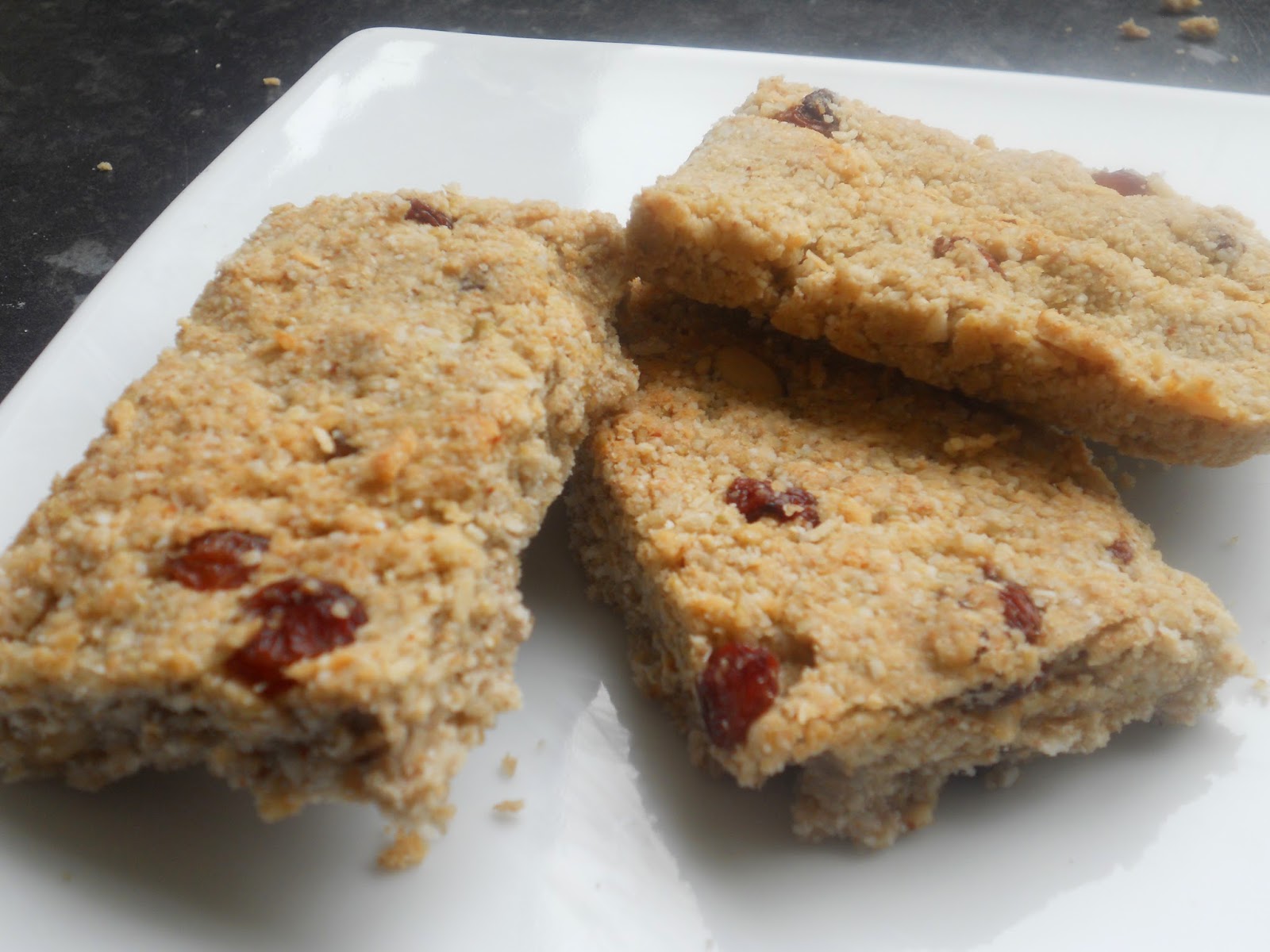