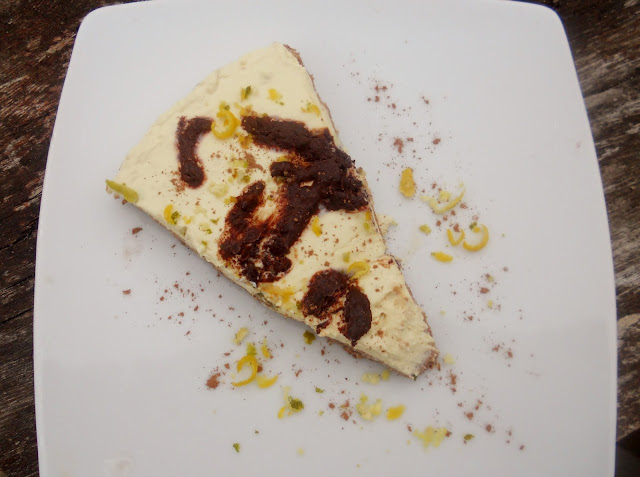 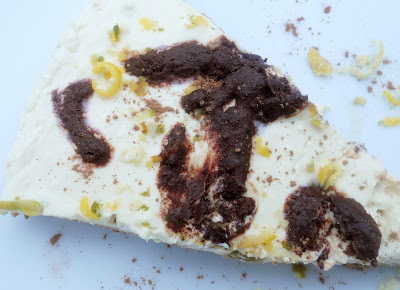 Summer is here! And on Midsummer Day, which also happens to be Fathers’ Day in the UK, I felt like diving back into the blogosphere with a special treat. It is no-cook rather than raw because I’ve used tofu, but a raw version could be made with cashew or almond cream. This recipe is the first in which I have used coconut flour; we were given some the other day. So far We’re really impressed with the texture and flavour; it’s oilier than regular flours and sweetish without being overly coconutty, and promises to be a versatile ingredient.
This dessert is loosely based on key lime pie, except that these are Mediterranean limes and lemons and I’ve swapped the meringue for chocolate, the richness of which offsets the citrus tang of the fruit perfectly. The firm, chocolatey base is a great contrast to the creamy, citrus-flavoured filling, which does eventually set more if you refrigerate it (should there be any left to keep in the fridge!) Next time -and that may be quite soon- I’ll try a raw version with nut cream instead of tofu.

Base:
1 1/2 cups porridge oats (make sure they are labelled gluten free if you need them to be, as most brands are milled on lines which also handle wheat and will contain traces)
1 cup coconut flour
1 1/2 rounded tabs cacao
8 small fresh dates
1 cup melted coconut oil

Sprinkle with a little lime and lemon zest (not too much as it can be bitter) and drizzle with home made raw chocolate made by combining cacao, agave and melted coconut oil. The drizzles will set when you return the pie to the fridge. 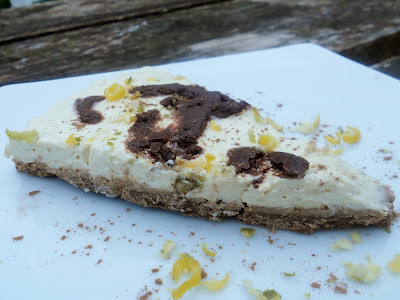